Kamiyama High School is a general high school. It neither has big school grounds nor large amount of students (~1000). It's not hard to enroll to it, and percentage of the Kamiyama High School graduates who went to college/university is average. What makes this school special is big number of strange club activities (such as India-ink Painting Club, A Capella Club, Classic Literature Club, etc.). Due to this, Kamiyama High School's cultural festival unofficially called Kanya Festival is well known in Kamiyama.

The Kamiyama High School consists of several buildings. The largest one is the General Block building with general-purpose classrooms. Second building is the Special Purposes Block with special-purpose classrooms. Other buildings include the gymnasium, the martial arts dojo and the sport equipment storage. General Block and Special Purposes Block are connected via the passageway.

The school uniform for the boys is the tsume-eri, while for the girls it's white sailor fuku with blue collar and tie. Students wear badge showing their grade on their school uniforms. They are permitted to go to school in plain clothes during summer holidays and wear plain winter clothes.[1]

The Classic Literature Club, or Classic Lit Club (Classics Club), is a historical club of the Kamiyama High School, which has more than 30-years-old tradition of publishing club anthology named Hyouka for the school's Cultural Festival. However, before Houtarou Oreki and his friends joined it, this club was on the verge of being dissolved due to absence of members for three consecutive years.

Held in April each year, this festival is an event where freshmen students can enter clubs they want. Since Kamiyama High School is famous for having many popular cultural clubs, general club activities are not enough for club members, soliciting solicitations become spectacular. Because there are also people who are put into club activities by being forcibly taken, there are systems of "temporary entry section" and "main entrance section", and entry is determined by whether or not to submit the main entrance around the end of May.

A marathon contest held at the end of May every year at Kamiyama High School. Students run a distance of 20 kilometres. The name is said to be named after a graduate who established a Japanese record for a long-distance track event. Although it is cancelled at the time of rain due to the permission of the use of public roads, it has never been cancelled as long as it remains in the record. 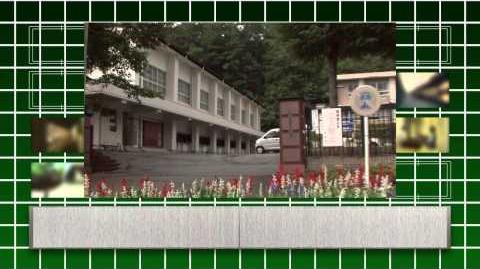 Retrieved from "https://hyouka.fandom.com/wiki/Kamiyama_High_School?oldid=14860"
Community content is available under CC-BY-SA unless otherwise noted.